For people who grew up in the 1980s, seeing pictures of some of the 80s learning toys brings back memories of technology integrated with play. Little did the kids of the 80s realize that some of those toys would impact toys of the future.

Throughout history, toys have been designed for children to have fun, but when you can combine having fun with learning it's a win-win situation in educators' eyes. One of the things that made many 80s learning toys different from other decades is that most of the learning toys developed in the 80s included electronics.

The Learning Window resembled a small laptop computer. This battery-operated learning toy introduced by Tech Education Electronic was specifically designated as an "educational aid" for young children. It featured a number of puzzles and games created specifically to sharpen math and spelling skills. Memory games were also part of the package. New games and puzzles could be purchased on cartridges to keep the learning experience fun but challenging.

Simon, a popular memory game in the 1980s, was a disc-shaped toy that played an electronic note and lit up with a bright red, yellow, green or blue. The toy took the lead. It highlighted a color and corresponding note and the player had to repeat it by pressing the correct buttons from memory. When the pattern was correctly copied, Simon added another color and note. Gradually the pattern grew into a chain of notes and colors the player attempted to remember. When the player missed, the game was over.

While this 80s learning toy was actually released at the end of 1978, it remained a much-coveted toy throughout the 80s and is still sold today as a classic favorite. Some people attribute its initial success to the fact that Simon looks very similar to the flying saucers featured in the Steven Spielberg hit, Close Encounters of the Third Kind. However, the appeal of this game goes beyond that.

Speak and Spell was an educational toy that used speech technology. It ran on four "C" batteries or could be plugged into the wall, and it had five spelling games available to keep things interesting. The Speak and Spell was made of hard plastic and had a convenient carrying handle that made it look like a little plastic briefcase with a built-in keyboard. To play, the Speak and Spell would say a word and the player typed it in using the keypad. The game also said the name of each letter as they were entered. Players could request a clue or have the word repeated if they felt stuck. This toy shot up in popularity, too, when E.T. used it to "phone home" in the movie E.T. 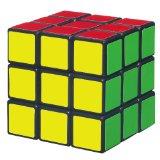 The Rubik's Cube is another memory game/puzzle. While it, too, was introduced in the late 1970s, it became one of the best selling toys of the 1980s and went on to become one of the top selling toys of all time. Like Simon, it is still sold today. At first glance, it seemed like a simple puzzle, but people found themselves addicted to solving the colorful cube's challenge. Even those who did solve it continued to play and challenged themselves to do it faster.

Personal home computer games boomed in the 80s, as more and more people bought their first home computers. Kids growing up at the time found themselves staring at the screen playing games like Frogger and Yie Ha Kung Fu, but parents also understood that computers opened a whole new door to learning. Math games like Fraction Munchers made learning fractions fun, and games like Gertrude's Secrets involved solving puzzles.

Things have changed since the 1980s. Technology changes more quickly now than ever, but when you look at these learning games from the 80s, you see they influenced the development of toys in a way that can still be seen today. For example, Simon's software paved the way for other electronic memory games. One that's popular today is Guitar Hero which works on much the same premise.