It started with a simple book series featuring three girls: Samantha, Kirsten and Molly. Each grew up in a different time period, and each had exciting adventures to share with young readers. Stories included unique historical references that educated young girls on how life was during a different era. Today, the American Girl collection has expanded to include more female heroines and more avid fans. The stories and American Girl dolls and toys are must-haves for little girls and collectors alike.

Each girl in the American Girl series lives in a particular time period in American history. The following dolls from the original series have been retired:

There are many American Girl heroines still available for little girls to learn from today. Dolls that can currently be purchased in the American Girl store include: 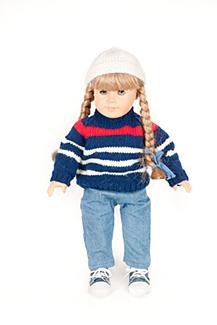 Girl of the Year

Starting in 2001, American Girl began featuring an annual "girl of the year" doll to represent today's modern girl. These dolls are available for purchase for only one year, after which they are retired and a new one is introduced. Young girls will enjoy collecting each year's edition, as well as playing online interactive games featuring the dolls. A few of the dolls who have been named "girl of the year" include: 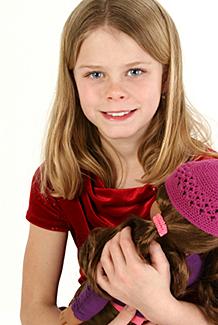 In addition to the main dolls, the series includes the My American Girl collection which allows girls to design a doll to look just like them. Girls can customize the hair and eye color of their dolls, choose a specific skin color and whether or not the doll has freckles and even choose the kind of hairstyle the doll has. Once the basic doll has been chosen, girls can choose an outfit and add accessories such as earrings, glasses, or braces, and even give her a pet. The doll also comes with a subscription to Innerstar University, a place to interact with other girls and their dolls, play games and learn in a fun online world.

Part of the fun of having an American Girl doll is all of the accessories available to purchase. These include clothing, furniture, accessories for the doll's hair and special accessories related to the doll's interests. Most notably, girls can purchase coordinating outfits so they and their dolls can dress alike.

Also available are pets for the American Girls to adopt. The pet collection includes five dogs named Coconut, Meatloaf, Honey, Pepper, and Sugar, and four cats named Praline, Ginger, Inkpot, and Licorice. There is also a service dog set that comes with a training vest and dog treats. There are multiple accessories that go along with the pets, including:

While the dolls and their accessories are extremely popular, the American Girl series comes to life with its books. The books are designed to teach girls valuable lessons, empower them to be strong women and, with the historical books, pique their interest in history.

Each historical doll is featured in a series of books based on her life. The first book in the series is usually a meet the character book, for example Meet Addy. In addition the series typically includes a book about changes, a book about learning a lesson, a happy birthday book, a saves the day book and a mystery book. Books in each character's series may be purchased individually or as a set.

As the American Girl collection has grown, it has started to include more contemporary fiction. The collection features books based on the Girl of the Year, along with other stories featuring characters based on the dolls. Some of the books offer multiple endings and allow girls to make choices as they read through. Special content related to the books is also available online through Innerstar University.

The American Girl collection includes multiple activity books and craft sets for girls. They range from question and answer books to craft projects to inspire interaction with their dolls, creating friendship bracelets and making paper art.

All of the American Girl dolls and toys are focused on empowering girls and teaching them positive lessons. They encourage girls to stand up for what they believe in, take on challenges and learn to handle difficult emotions. The dolls do not wear skimpy clothing or act inappropriately. In the stories they may occasionally misbehave or make a mistake, but they always learn a lesson as a result. While girls will enjoy playing with the dolls and reading the stories, parents can rest easy knowing they are learning valuable lessons at the same time.