Walking into a toy store can be an overwhelming experience. On every shelf are toys that talk, flash and proclaim to be the next big thing. When it comes to buying a gift or just getting a toy for a child, you want to make sure your money is well spent. At every age level are toys that stand out from the rest when it comes to quality and their ability to entertain children.

Babies are just learning how to use their arms and legs and starting to explore the world around them through touch, sight and sound. The best toys for this age play on those senses and are safe for baby to chew on while offering other parts to encourage discovery. 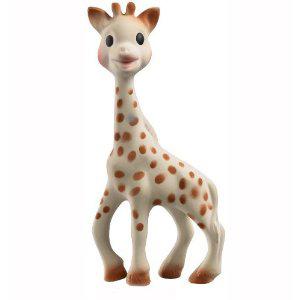 Sophie the Giraffe at Amazon.com

Sophie the Giraffe has won numerous parenting awards and can be found in the homes of babies throughout the world. It is made from all-natural rubber and non-toxic paints and materials. The bumps on the giraffe make it ideal for teething, including relieving back molar pain. Some awards include:

Multiple celebrities and their babies have also been spotted with this popular toy.

The Cloud B Twilight Turtle soothes your baby as it projects a starry sky onto the walls. Three different colors of lights may be used with this award-winning turtle. Some of its accolades include receiving the Preferred Choice Award from Creative Child Magazine and being named an Editor's Pick by BabyTalk.

Freddie the Firefly is a brightly-colored firefly who features numerous activities for babies. He comes with crinkly wings, a mirror to play peek-a-boo in and other wings full of different textures to touch and to chew on. The firefly, along with many of Lamaze's other fun animals, has won numerous awards and earned rave reviews from customers on Amazon.

With their small fingers and lack of coordination, babies have a hard time grasping traditional balls. The Oball is designed to make this easier. The lightweight ball features multiple holes perfect for helping baby grasp it. It has won multiple awards including the Parent's Choice Silver Award and, best of all, it can be used by children and adults as well. Oballs come in multiple sizes and styles.

The Fisher-Price Soothe and Glow Seahorse, which comes in pink and blue, has been praised for its ability to soothe babies. When squeezed, its tummy glows and it plays soothing music and ocean sounds to lull your baby to sleep. It has earned a nearly five-star rating from customers at Toys 'R Us who appreciate it for being cute, cuddly and the perfect size for baby.

Toss the Taggies Ball is a plush ball with multiple tags on every side and a chime in the center. It has won several awards, including the Oppenheim Gold Seal, thanks to its simplicity and quality. 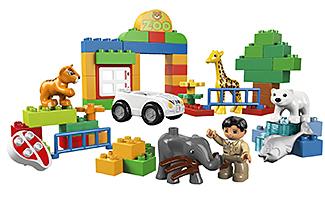 Get LEGO Duplo My First Zoo at Amazon

Toddlers are also still discovering the world around them, but they are more mobile as they do it. They are also learning appropriate ways to interact with others. Toys that allow them to role play, work on their coordination and motor skills and general learning toys are ideal at this age.

Preschoolers have a lot of energy and big imaginations. Choose toys that allow them to build on their imaginations, express their budding creativity and burn off some energy.

Kids in early elementary school also have big imaginations and are often very creative. They are also at the ideal age for toys such as Barbie dolls and action figures, which they can use to role play or express their creativity in other ways.

Kids in upper elementary school are often beyond the stage of using toys for creative play. Their focus is on toys with a purpose, which make building toys, crafts, video games and sports equipment ideal choices. 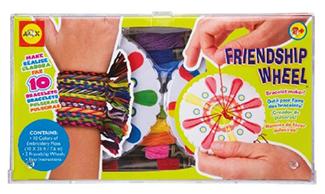 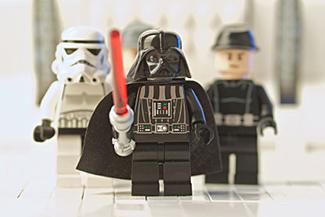 Most teens will tell you they are too old for toys, but they still like to have fun every now and then. Toys with a purpose and that connect with their personalities are important at this age. For boys, it's video games, RC vehicles, and building sets. For girls, it's kits and other products that allow them to express their creativity.

While all of these toys are award-winners or have made it to the top of must-have lists, it does not mean your child will love them. Keep in mind a child's interests and hobbies before choosing a toy. If she is more of a tomboy, she may not enjoy a doll or jewelry-making kit. Not all boys like super heroes and guns. Paying attention to what your child likes and dislikes can save you from disappointment when what you thought would be an awesome gift falls flat.