Many of the toys that were popular during the 1950s are still produced, sold and loved today. Most of these simple toys had staying power that went far beyond a fad.

There are dozens of toys that were popular during the decade of the 1950s, but these 10 top everybody's lists. 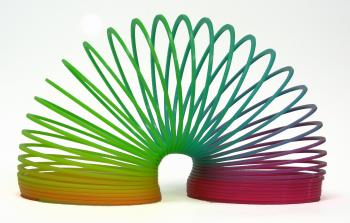 The Slinky is a long, metal or plastic spring that can be stretched, jiggled, tossed from hand to hand and even walked down stairs. It was invented in 1943 by Richard James, a naval engineer who was working with tension springs. When one fell to the ground, he observed the way it continued to move and the Slinky was born.

Slinky became an instant hit and only gained in popularity during the 50s. This classic toy is still available in a range of sizes, materials and colors. 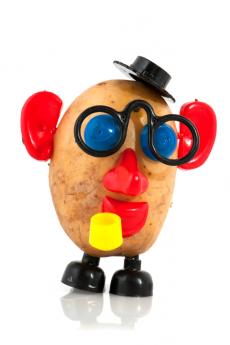 Mr. Potato Head was introduced by Hasbro in 1952. The basic premise was that kids liked to play with their food. The original Mr. Potato head was only a set of eyes, a nose and mouth - children were encouraged to put them on an actual potato.

The toy proved so popular that eight years later, Hasbro introduced the body as well, which can still be purchased today.

Silly Putty was invented in 1943 by a General Electric engineer. Some of a concoction he was trying to create of boric acid and silicone rubber dropped to the floor - and bounced. General Electric tried for years to come up with a use for the putty, and finally introduced it as a toy in 1950.

The putty took off, however, in 1957, when it was shown in its first television commercial during the Howdy Doody Show. Silly Putty is still widely available today. 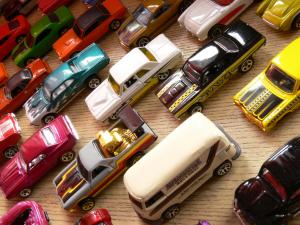 Matchbox Cars were invented in 1954 by a man named Jack Odell. He created a miniature version of a Road Roller, and put it inside a matchbox for his daughter to take with her to school. The toy quickly took off in popularity, because now every child could have access to as many cars as they wanted. Matchbox Cars are still sold and have become highly collectible.

Play-Doh first entered the market in 1956. It was invented to be a non-toxic wall paper cleaner, but was found to be far more popular as a toy.

Play-Doh originally was sold in off-white only in a 1-1/2 pound can. It can be found today in a wide rainbow of colors and sizes. 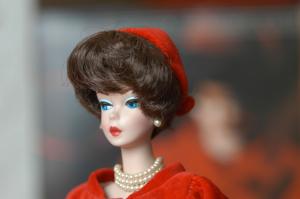 The Barbie doll was introduced in 1959 at the American Toy Fair by Mattel Toys. The doll, which was named after the inventor's daughter, Barbara, was an instant success. Barbie dolls have changed dramatically since their debut, and have retained their popularity over the years.

The Hula-Hoop was first sold in 1958, and was so instantly popular that more than 20 million were sold in the first six months alone.

While the hoop itself was not a new concept, the colorful and lightweight hoops were an instant success when they hit the market for the price of $1.98. Hula-Hoops can still be found today in a wide variety of colors, sizes and weights.

The Yo-Yo was first brought to market in the 1920s and maintained a high level of popularity right through the 1950s. Yo-Yos were made of two equally weighted discs attached in the center. String was wound between the discs, which allowed the user to perform tricks by coiling and uncoiling the string. Yo-Yos, while they have fallen out of popularity, are still available today. 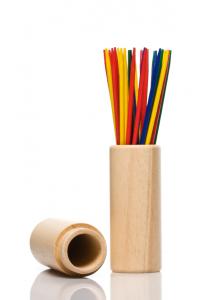 Pick-Up Sticks is a game made up of 41 lightweight, wooden sticks with sharp points. The idea of the game is to use two sticks to pick up other sticks, either in a particular order or to score high points by getting specific colored sticks.

The original sticks are no longer made, but there are similar options still available like this set by Melissa and Doug.

Gumby was first introduced in a 1953 short film called Gumbasia. He was later given his own series in 1957, and toy versions of Gumby and his sidekick Pokey became popular, collectible toys.

Gumby and his friends can still be purchased from the official Gumby site.

Take a Trip Down Memory Lane

Whether you played with these toys yourself years ago, or you want to give your kids some tried and true toys that have stood the test of time, consider turning to the 1950s for toy inspiration. These well loved toys have proven time and again that they were not just a fad, and that toy inventors of the 50s had a great deal of common sense.