Princess toys are a traditional favorite among little girls. Whether they want to play with their favorite princess characters or create their own princess fairy tale, these toys will continue to be a popular gift item for birthdays, Christmas, and any special occasion in between.

The variety of toys available with a princess theme is virtually endless. Not only can kids play with princess dolls and castles, but also with tea sets, art projects, interactive books, and more that feature their favorite princess.

Disney princesses are always popular and for good reason. They tie in to the movies and create a magical experience for any little girl who wants to be just like the characters she sees on screen and in books. Just a few toys featuring Disney princesses include:

For a large selection of Disney items with the popular princesses, remember to check out the Disney Store. There, you'll find plenty of dolls, beauty cases, castles, play sets and more.

Barbie has taken on many roles in her life, including various princesses. In addition to the Barbie dolls dressed as princesses, there are also plenty of accessories and other playthings with a Barbie princess spin. Check out these fun Barbie princess items, all available at Amazon.com: 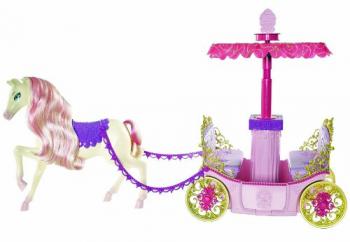 Disney and Barbie are not the only princess characters little girls love. Get plenty of princess items featuring My Little Pony on Hasbro's website. A few items include the Friendship is Magic Pony Princess Wedding Castle Play set, Paper Tiaras, and Princess Celestia figure.

Toys for Transforming into Princesses 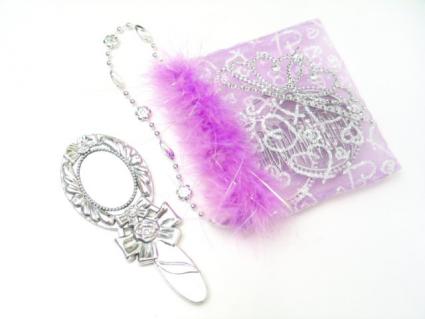 In addition to playing with their favorite character princesses, little girls often love becoming princesses themselves. Look for toys that help bring their dreams to life. Items like wands, dress up clothes, and makeup can help create the right look for girls who imagine themselves royalty. The following products will help them bring their personal princess to life:

For the child who loves princesses, there can never be too much of a good thing. A few more fun toys to pick up include:

Playing with princess toys is a favorite past time for many young girls. Whether she wants to become a Disney princess or create her own, there are plenty of exciting toys that are sure to spark her imagination.